It’s hard to describe just how small this PC is. If you want a fully-featured virtually silent machine in a tiny box, this is the one to go for!

The NanoQube Z2, available in silver and black chassis

Apart from the tiny UltraNUC, the NanoQube is the smallest PC we offer. Unlike the UltraNUC, the NanoQube uses a conventional fully-featured motherboard, albeit a Mini-ITX sized one. The machine can accommodate one M.2 SSD and two 2.5” drives. And because we offer the latest power-frugal processors, it is cooled fanlessly. The power supply is a fully integrated unit so there are no black “bricks” to have lying around behind the PC. It has to be said that the fanned power supply is extremely quiet, as the fan rotates at only 500RPM making it virtually inaudible. It is only when the PSU is drawing 75% of it power does the fan exceed 1000PRM. This provides virtual silence for the vast majority of systems it would be used in.

The PC can be configured to your exact requirements with plenty of options in terms of processor performance, memory and storage. At present the PC can be configured with a AMD 5000 series G-suffix processors and a selection of the 3000 series AMD CPUs (requires a graphics card). These new 5000 series APUs (Advanced Processor Unit) incorporate an updated graphics processor (compared to the 3000 series), as well as adding more cores and threads, which boosts overall performance and multi-tasking. This PC can also be configured with up to a whopping 64GB of DDR4 RAM and there is a large range of storage drives available. 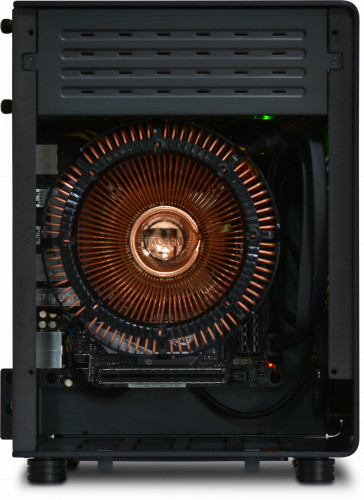 Internal view of the NanoQube Z2

The ASRock motherboard features one HDMI 2.1 and a DisplayPort 1.4 port, which means when paired with an AMD 5000 series APU it is easily able to output a resolution of 4096 x 2160 while running at 60Hz for flicker free images. This makes this motherboard and an AMD APU the perfect match if you are looking to drive a 4K TV/Monitor, as all the APUs available for this PC are equipped with Radeon Graphics for immersive visuals.

AMD’s Ryzen 5000 series processors with a “G” suffix feature Radeon graphics built right into the CPU. The performance of the graphics on these processors out performs any other onboard graphics previously released. The number within “Radeon Graphics” indicates how many graphics cores each processor has. For example, the AMD Ryzen 5 5600G with Radeon Graphics 7, has a total off seven graphics cores. The larger the number the greater the performance. 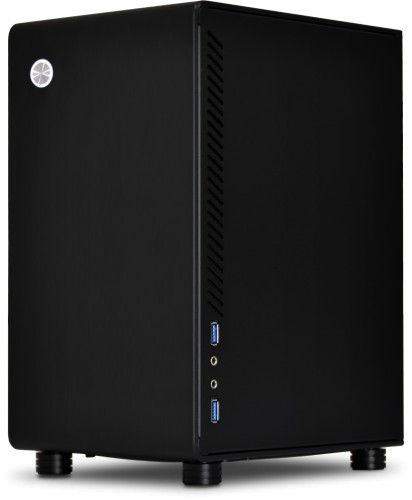 Nice people to do business with !

All the best products with a quality assured supply line that you can rely on and with a fully backed up and proven warranty system. No need to go anywhere else ! Always my first choice.
(Review via Trustpilot)