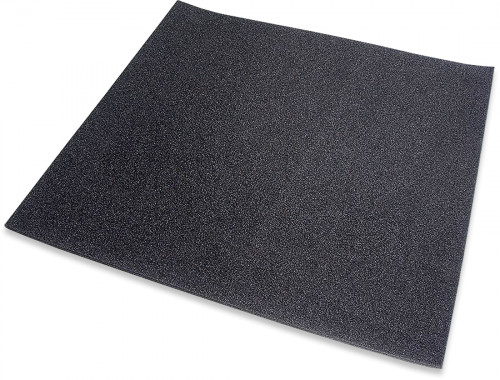 The range of AcoustiPack™ sound-proofing kits has been designed with customer’s pockets and greater flexibility in mind! As a result, Acousti have introduced AcoustiPack™ 2-layer Sheet (4mm), which is a single large sheet of their latest generation acoustic material (as found in AcoustiPack Ultimate). This sheet is ideal if additional materials are required for a particular project, and the space allows for a 4mm sheet to be added. This product makes the range of acoustic material kits more flexible, and can help to save money and waste when an entire kit, such as ULTIMATE or LITE is not necessary.

The skilled team of Computer Engineers at Quiet PC are leagues ahead of everybody else.

I had been designing and constructing PC's for around 10 years, always after, what seemed the impossible. Having spent thousands of pounds with each consecutive pc build and sticking to large brand names, each time getting close to build of my dreams, I came across Quiet PC. Their range of unique and exquisite components really enlightened me. I wrote to them asking if they could build a system. Ellen, the sales manager there, wrote back to me saying it was currently impossible to create the system I had chosen. Several months had passed and I had constructed another PC, which yet again was near my needs, but still not yet perfect. Then Ellen contacted me saying that the system I had specified earlier was now being sold. I instantly wrote back and agreed to purchase. I'm so happy with my purchase too, for the first time in my life, the perfect system was attainable. When it arrived I proudly showed it off to my colleagues and friends. I now no longer will ever build another system again, I will rely upon Quiet PC for all of PC and Component needs. I now have a system which features the most powerful processor currently on the market, 32GB of RAM, and a intel SSD. It is beautiful to behold. The system has no moving parts, and is total silent. 0db silent. And yet it plays games in full HD even without a graphics card at better frame rates than an XBOX 360 or a PS3. It does 4K out of the box, and 3D, 7.1 surround sound and the fully beautiful experience that is Windows 8 64bit. I can leave my PC on in the front room for the foreseeable future and never even notice it. Some times I forget that its on, it's that silent. I have it control lots of devices, such as my home security cameras and my media centre equipment. Valve this week said they where going to be making a living room PC, even with their credentials, I doubt it will be anything like or half as good as the system being offered by Quiet PC. I have ordered other items from Quiet PC and they have always allowed me to return them if they are not up to my requirements. I can't recommend them enough. I will be making further purchases in the future, but it's nice to be able to ring up any of the team at Quiet PC, be it sales or engineering and discuss my purchase before buying it.
(Review via Trustpilot)