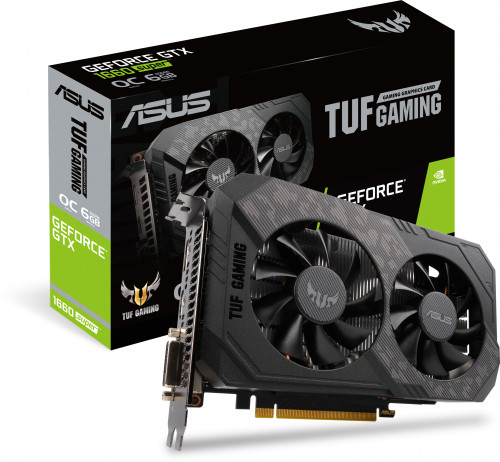 The TUF Gaming X3 GeForce GTX 1660 SUPER ups the ante for cooling, without sacrificing the durability that makes it TUF. Each card is built using Auto-Extreme manufacturing, protected by a rigid backplate that prevents PCB flex, and packs three fans that contain space-grade lubricant and are sealed to IP5X standards. And it’s all backed by a rigorous battery of validation tests to ensure compatibility with the latest TUF components. If you’re looking for the super-cooled tank of graphics cards, lock and load your rig with the TUF.

Dust is enemy number one for fans. It’s easy to clean the blades, but taking the fan apart to remove dust that has made its way inside is not a simple task. Passing the IP5X certification means the housing is safe from nasty particulates, so you’ll never need that deep clean. 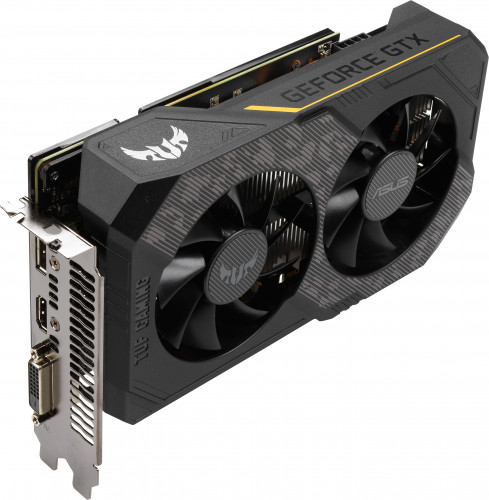 The PCB is reinforced by a backplate that adds structural rigidity, helping to prevent flex and protect components and trace pathways from damage.

Each card must meet rigorous performance and reliability standards before it ships. Performance and stress tests are run with the latest chart-topping titles like Fortnite, League of Legends, Overwatch, and PlayerUnknown’s Battlegrounds. We also carry out reliability trials that include a 144-hour stability test and a series of 3DMark benchmarking runs to ensure the card performs well when pushed to the limits.