The AMD 3rd Gen Ryzen Threadripper processors - It’s time to fully realise your creative vision with the most powerful desktop processors in the world. 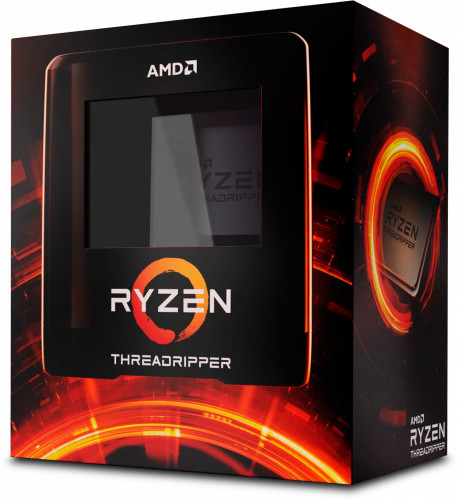 THE WORLD’S MOST POWERFUL DESKTOP PROCESSORS

The 3rd Gen Ryzen Threadripper is the fastest desktop processor ever created. Period. The most cores. The highest bandwidth. The most memory. If all you want to do is game, get a Ryzen. If you want to game, stream, render, encode, and deliver, get a Threadripper.

Creating inspiring worlds or innovative products is your life’s work. You have a complex workflow and your customers demand increasingly refined results. You need a machine that can help you get more done in less time while staying ahead of the competition. A machine that can truly multi-task with blazing fast rendering for rapid visual feedback, along with plenty of extra cores to simultaneously edit footage, animate a character or fine tune a design. 3rd Gen AMD Ryzen Threadripper lets you create without compromise.

THE WORLD’S MOST POWERFUL DESKTOP PLATFORM

A racing engine is nothing without a car to propel. That’s why the world’s most powerful 3rd Gen AMD Ryzen Threadripper processors are coupled with the new TRX40 desktop platform. Industry leading technology delivers bleeding-edge efficiency and expandability, with next-gen PCIe 4.0 connectivity that the competition can’t even support yet. It’s the ultimate machine, from core to keyboard.

Gaming is life but there’s so much more to gaming than just playing. You need a machine powerful enough to stream your game content to your audience, without skipping frames. A machine that’s strong enough to handle your imagination while you create worlds in three dimensions. A machine that’s fast enough to compile your code while you play on it. 3rd Gen AMD Ryzen Threadripper™let’s you game and create to the fullest.

Show specifications and reviews for:

“Brilliant company. Cannot fault anything at all. I will be a returning customer for sure”